The wish of a charity old man

The wish of a charity old man

One side of the water and soil has nurtured us, our own business has developed, and we cannot forget the folks of Guizhou. A retired old teacher once said with such a strong heart, "Red Star Development Company will come to Guizhou not only to seek their own development, but also to drive around The masses get rid of poverty and get rich and help them solve practical difficulties."

This old man is the father of Chairman Jiang Zhiguang of Guizhou Red Star Development Co., Ltd. Jiang Lao is now 82 years old. After learning about the difficulties of the elderly and orphans in Zhenning County, Guizhou Province, the company has donated 2,000 yuan from the accumulated pension. It is Jiang’s biggest wish and the wish of all employees of Red Star Development Company to make “you have a long, strong and strong, and have a good old age”. At the end of 2006, at the party members' and workers' meeting of the company, the party secretary Zhu active comrades issued a call at the meeting: to care for the lonely elderly nearby, especially the orphans who lost their parents; everyone should give a love, do a social responsibility, care for them. Life, study and growth; call on the company more than 110 party members and more than 1,000 employees, usually live a little frugal, give these orphans, the elderly warm coal in winter, add cotton, quilts and school supplies. Every party member of the company has the responsibility and obligation to take up the important task of caring for them. It is impossible for a child to go to school because of economic difficulties. The life of 19 elderly people in Dingqi Town, Zhenning County, where the company is located, is very difficult. One of them is called Chen Huaishun. The villagers of Xiaozhai Village, the neighbors’ family caught fire, and there was a little girl in the room. He struggled to create a fire in the sea and rescued the girl. However, he caused blindness in both eyes. This kind of noble behavior is more worthy of our study. Later, we will be undertaken by our Red Star Company. Raise their obligation to raise warmth and love for them.

Under the call of Jiang Lao and the call of the company's party committee, thousands of cadres and workers of the company have generously donated money and donated money. Only a thousand people in Zhenning have raised a fund of 43,474 yuan. Love Red Star is surging around the warmth of dedication. There are 125 families with children with difficulties in the primary and middle schools in Zhenning County (including 40 children in the list, 85 orphans who lost their parents) and 19 elderly widows who received 300 yuan per capita. On January 18 this year, in the “Send Warmth and Dedication” activities held by the County Experimental Primary School, the chief engineer Fu Jinsheng was entrusted by the party committee to represent the company to express condolences to the students in difficulty and hoped that they would study hard. Comrade Huang Weidong, deputy magistrate of Zhenning County, expressed his gratitude to the county party committee and county government for the company’s righteous actions. He said that the Red Star Development Company “sends the care of the party and the government to the hearts of the people in need, which reflects the poverty alleviation and unity of the Chinese nation. The traditional virtues supported by the eight parties reflect the achievements of your organization in maintaining the advanced nature of party members, and have played a role as a model for well-known enterprises in carrying out donations in the whole society."

Since the company went to Guizhou in 1995, the actions of returning to society and feedback to the society have not stopped. So far, Red Star Development has built schools, repaired roads, installed closed-circuit television, pulled electricity, connected tap water, and helped children who are out of school to return to school. Wait, donate more than one million yuan in donations. Previously, the carbonization workshop party branch also adopted two orphans to help them finish primary and secondary schools. In this donation activity, the party secretary Zhu active comrades personally donated a total of 3,300 yuan a month to rescue 11 orphans; before that, he also insisted on donating money to eight poor children. "Little children". This donation activity not only fulfilled Jiang’s wish, but also expressed the intention of Red Star Development Company to the local people. There are thousands of red stars in love, and a sense of social responsibility is driving. 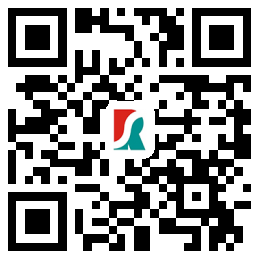